In the selection of instructors for our bodyguard training and other security training, we look not only at the operational expertise, but also at communication skills and the ability to lead and motivate the students.

Read more about how you can become an instructor here

The instructor Staff at the academy consists of highly experienced security professionals, who all have several years of operating experience. The instructors come from different backgrounds with some of the world’s best military units, police or other relevant background from e.g. the diplomatic corps. They have all passed the bodyguard training and are specialists in their own field. 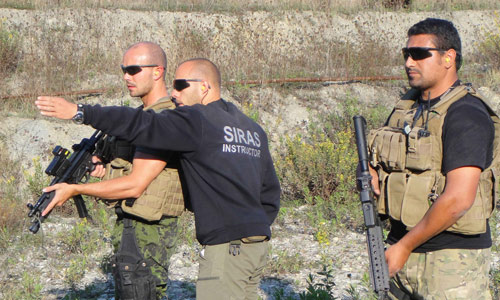 SIRAS ACADEMY employs many instructors worldwide. Besides the regular instructors there are also freelance instructors connected to the Academy.