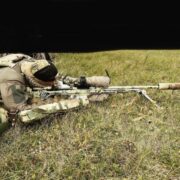 At the Embassy to finish the last papers before deployment.

We support Ukraine in any way we can not only with boots on the ground, but also with survival equipment and transport.

SIRAS Group department of intelligence latest update about the situation in Kosovo.

The security situation in the Republic of Kosovo has changed after the demarcation of the border line with Montenegro. There has been violent attacks against the Government of Kosovo. Tomorrow the 1st of September is an important day because there is expected to be a large demonstration against the ratification of the border. The security forces in Kosovo (Police, KFOR, EULEX, Intelligence etc.) are on the Highest alert since the declaration of independence in 2008.

You can read the document here: Political Scene in Kosovo

A part of SIRAS newly launched publications made by security expert Mohammed Walid and the founder of SIRAS Kent Haakonsson. A combination of several different degrees in security and the experience from many years in the front line of protection and consulting. The manuel is just an appetizer and not a complete counter terrorism manual. We hope the appetizer will wake up some people and in the end make them take important steps to secure them selves and their family.

How is it working as a bodyguard? What is stalking? these are just some of the subjects the President of SIRAS is talking about in this article.

The article was on the front page yesterday. You can read it here.

INTUITION FOR SECURITY – check out this interesting article.

Member of the SIRAS family Lieutenant Bashkim also head of protection unit in Kosovo police was in charge of the security operation during the visit of Prince Charles.

Interview with TV – Tribuna Channel to present the opening of SIRAS branch in the Republic.

Meeting at the Ministry of Justice between President of SIRAS and General Director Mr. Sokol Zogaj to discus education within the Department of correction.